I am a wife, new mom, actress, animal lover, foodie and love all things beauty! I launched my now popular line of essential oil rollers in Dec 2018. My goal is to share tips and tricks while hopefully making you laugh and feel good along the way.

Kelly Kruger is an actress and influencer, who welcomed her first child Everleigh Jolie in September 2019 with her husband Darin Brooks (The Bold and the Beautiful).

Known for her role as Mackenzie Browning Hellstrom on Young and the Restless, for which she earned a pre-nomination for her first Daytime Emmy Award in the Guest Star category (2019) and Eva on The Bold and the Beautiful, Kelly recently completed production on three movies that will be released in 2019. Kruger will star in the romantic comedy From Friend to Fiancé for Hallmark Channel (May 27, 2019), the psychological thriller No Place Like Home and a feel-good Christmas movie A Very Corgi Christmas. She also has an upcoming guest star role in the series finale of IZOMBIE for the CW.

In 2014, Kelly also launched her beauty, fashion and lifestyle blog Madison Charles, and she has subsequently cemented her place as a leading influencer and curator of essential oils.

Born and raised in Montreal, Canada, Kelly began performing at the age of 3, dancing, figure skating, playing piano doing gymnastics and local theatre. At the age of 12, she was discovered by a hip-hop group and performed with them on weekends. A local news station discovered that she was the only young Caucasian person in an all adult hip hop / breakdancing group and did a story on her which caught the eye of a Canadian Variety TV show (Sur La Piste) and she was asked to guest star in one of their dance episodes. While shooting that episode, Kelly discovered that acting was her passion, inspiring her current career.

Kelly moved to Los Angeles at 17, after being discovered by Elite Models. She worked as a model for 2 years doing campaigns for Macy’s, Sebastian Hair, multiple teen magazines and more. After hounding a manager to represent her as an actress, she quickly landed the lead role in an independent film called Vampire Clan based on a true story, followed by a contract role on the CBS Daytime series The Young and The Restless. Kruger also appeared in several movies, including Gregg Arakis Mysterious Skin with Joseph Gordon Levitt, Self Medicated and Girl’s Night Out. Her guest star credits include hit shows such as HBO’s Entourage, Blue Mountain State (Netflix), Imposters (Bravo), Criminal Minds (CBS) and The Bold Type (Freeform).

Kelly and her husband Darin Brooks (The Bold and the Beautiful) currently reside in Los Angeles, CA and are excited to be expecting their first baby. People.com broke the pregnancy news here.

When I was a little girl, I used to love to watch my mom put on Makeup. She and I would spend hours going through the beauty section of the local drug store, testing and trying out as many products as we could. She would always buy me at least one thing, even if we couldn’t afford it. (and most of the time we couldn’t) She never left the house without make up on and a pair of 5 inch stilettos. She was always into fashion and playing dress up in her closet was a constant. I always thought she was so glamorous and put together. I think every woman knows that no matter how you’re feeling on the inside, a little lipstick, a curling iron and a great pair of shoes can turn that right around!

I came out to LA initially as a model with Elite and I would start to pick up tips from every makeup artist and stylist I worked with. This grew into a horrible beauty product addiction!! I am a self proclaimed “product whore” and I never leave a movie or TV set without a new list of products and tips from the artists I work with. I also can never step into a beauty supply store and leave in under an hour! (Just ask my fiancé who wants to kill me every time I say “I just need to run in and return one quick thing” and leave with 5!)

A couple of years ago I met a woman who had started a line of all natural, organic products. She was a breast cancer survivor and learned that Parabens are a huge contributor to breast cancer specifically. I started learning about all the ingredients that go into our products and wanted to aim towards cleaner, more natural, organic lines. I do believe that you need to pick your poison and can’t always go the all natural route but I do try to as often as I can. I wanted to start a blog so I can share all of my findings with you, what I Iove and what works for me and hopefully save you the countless hours and money that I have spent “trying” out every new thing on the market.

As for health and fitness, there isn’t a workout or fad I haven’t tried! I do get bored super easily so am constantly changing it up and trying new things. (both with my diet and exercise) I do believe a good workout can set the tone for your entire day so I do my best to incorporate it as often as I can. I also love to cook and have seen such a difference in the way I feel when I eat cleaner. I am constantly discovering new amazing recipes so eating right never gets boring.

It just happens to be the names of 2 of the most beautiful faces out there…my darling puppers, MADDY & CHARLIE! 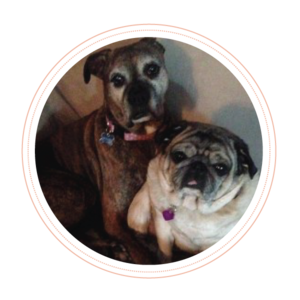 1. Serenity has taken possession of my entire soul, like these

2. Sweet mornings of spring which I enjoy with my whole heart.

3. Lovely valley teems with vapour around me, and the meridian sun.

A wonderful serenity has taken possession of my entire soul, like these sweet mornings of spring which I enjoy with my whole heart. When, while the lovely valley teems with vapour around me, and the meridian sun strikes the upper surface of the impenetrable foliage of my trees, and but a few stray gleams steal into the inner sanctuary and something else.

I throw myself down among the tall grass by the trickling stream; and, as I lie close to the earth, a thousand unknown plants are noticed by me: when I hear the buzz of the little world among the stalks, and grow familiar with the countless indescribable forms of the insects and flies and something else, then I feel the presence of the Almighty, who formed us in his own image.

The ones I use the most right now are calm and sleepy. I use the sleepy every night to help me fall asleep and stay asleep. The calm helps when I feel overwhelmed and anxious. I would definitely recommend the oils to anyone that’s feeling this type of way. It helps right away and the smells are great. I even share with my coworkers. They come to my desk and I rub it on them. Just the smells calm you. They’re amazing… I’m really glad I tried them. Thanks Kelly!

Calm I use 1-2 hours before going to bed, usually watching tv or reading, helps me unwind and decompress from the day. I use sleepy time going to bed, put on sole of feet, back of neck, wrists & helps me fall asleep faster than I have before & get a good nights sleep. I’ve had terrible insomnia for years and this helps. The massage I like to use on my ankles and feet due to neuropathy from chemo & help take away some of the pain. Love all your oils…

OMG! I love the sleepy roller! I finally figured out when I roll it on my chest so I can breathe it in about an hour before bed while I’m watching TV or on my iPad then I start getting tired and sleep through the whole night with no tossing or turning!! I’m really bad at tossing and turning during the night and this really put a stop to it! I stay asleep all night! So amazing!! Thank you!

I sincerely love all of them and always have one with me. I’m working on creating my own blog/small business and Elevate and Abundance just give me all the good vibes I need to keep pushing. I have shared Anxiety with all of my students during test season. Of all my 51 students who tried Anxiety before taking their ACT/SAT… 100% got the score they needed to graduate. Lastly… Sleepy. I have terrible insomnia and this relaxes me before I go to bed every night. I’m so thankful to have found you and your oils.

I absolutely love the sleepy. I use it every night!

I love sleepy time because I have horrendous insomnia so I keep it by the bed side. It smells awesome & it’s my only go-to that helps me fall asleep & stay asleep so I get a proper night’s rest. I’d be lost without my sleepytime roller. I love them all so it’s really hard to pick just one.

I am LOVING the two rollers I received as gifts. Especially Immunity since I work in a grocery store. It makes me feel like I have an even better layer of protection. I am getting ready to order more very soon. I’m so excited to try the Sleep one since I struggle with staying asleep once I get to bed. Thank you for these amazing oils and for all your light and positivity, Kelly!

I purchased the anxiety blend because I suffer from panic attacks. It is so soothing. Even let my young son that has anxiety use it and he loves it.

I use Breathe, Massage, Digest, Kelly’s Blend, Migraine, Sleepy and Elevate. Breathe is my favorite and helps me with congestion and headaches. Massage, I use on my neck, legs, knees and back. Kelly’s Blend, I use as a perfume. Elevatei smells great too. I also use them in my hair. Digest helps with congestion and heartburn. Kelly’s blend I use as a perfume because regular perfume gives me a headache. Elevate smells great and I use it as a perfume. They all smell great!!

Login to Madison Charles
Reset Password
Enter the username or e-mail you used in your profile. A password reset link will be sent to you by email.
Madison Charles